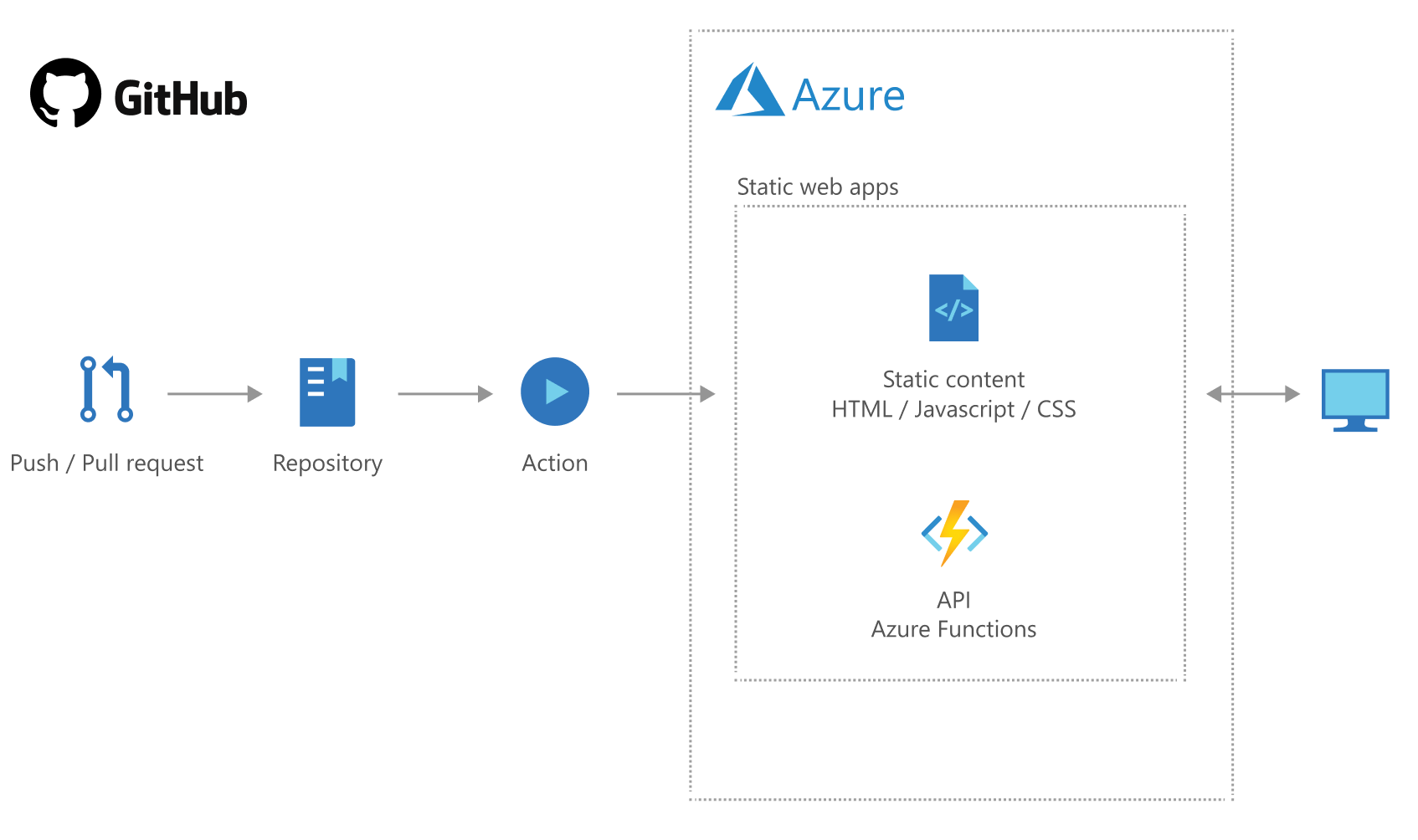 I also have the ability of using the new Static Web Apps extension which can be grabbed at aka.ms/savscode.

Note, at the time of this post, you must use the Visual Studio Code Insiders build for this extension to work properly.

Next, I can use any JavaScript or TypeScript framework including, but not limited to:

I can also use a static generator such as:

By connecting your GitHub account to Azure and using the new GitHub Action, you can deploy your static application to Azure. Of course, Static web apps also give you the power of adding APIs by using Azure Functions. So, quickly and easily, you can be up and running with a thin, lightweight application.

Looking to get started? John Papa has produced a first look, getting started post at https://johnpapa.net/static-web-apps-first-look/.