During Build 2020, Microsoft released a preview of Winget. At that same time, AppGet, which I was using along with Chocolatey, announced it was shutting down as a result. I haven’t spent much time looking at Winget, but since I have to transition off of AppGet and I needed to setup a new machine, I started looking at it more.

As of now, Winget can be installed one of three ways:

We’ll proceed with the last option. When installing, use the *.appxbundle file. You’ll notice that a dialogue box will appear like the box below. Just dismiss the box. 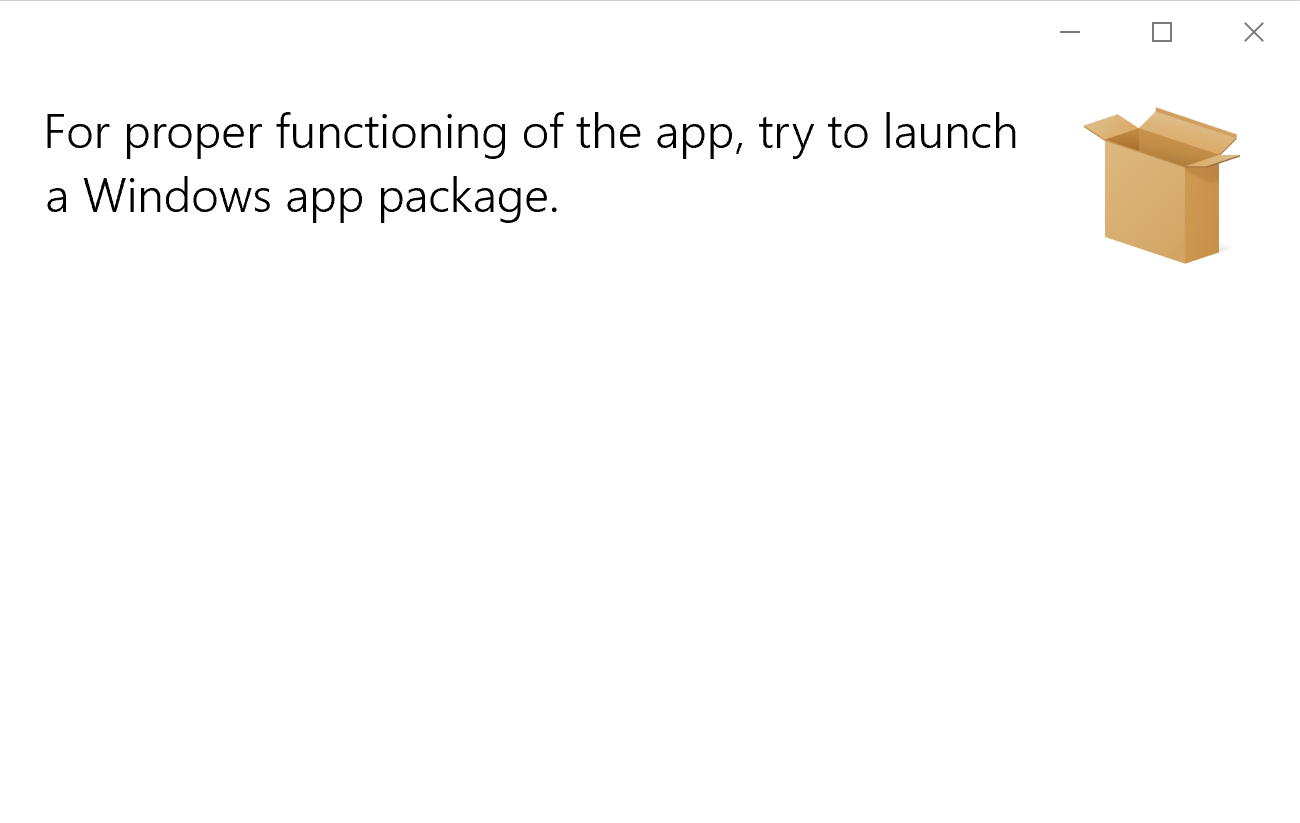 In PowerShell or another command line tool, we can use winget plus an action such as install to install a package or show to show package information. For a complete list of commands, use the command winget --help.

If we wanted to install node and typed winget install node, Winget cannot simply install node. Rather, you’ll get a listing of 4 different packages like so:

If I tried refining using winget install --moniker node, I’ll still get the Node.js and Renode package. Generally speaking, the acceptable way to filter the package is to use the Id like so winget install --id OpenJS.Nodejs. This is not the ideal pattern, but it’s a step in the right direction.

Below is a screenshot representing what I’ve depicted above: 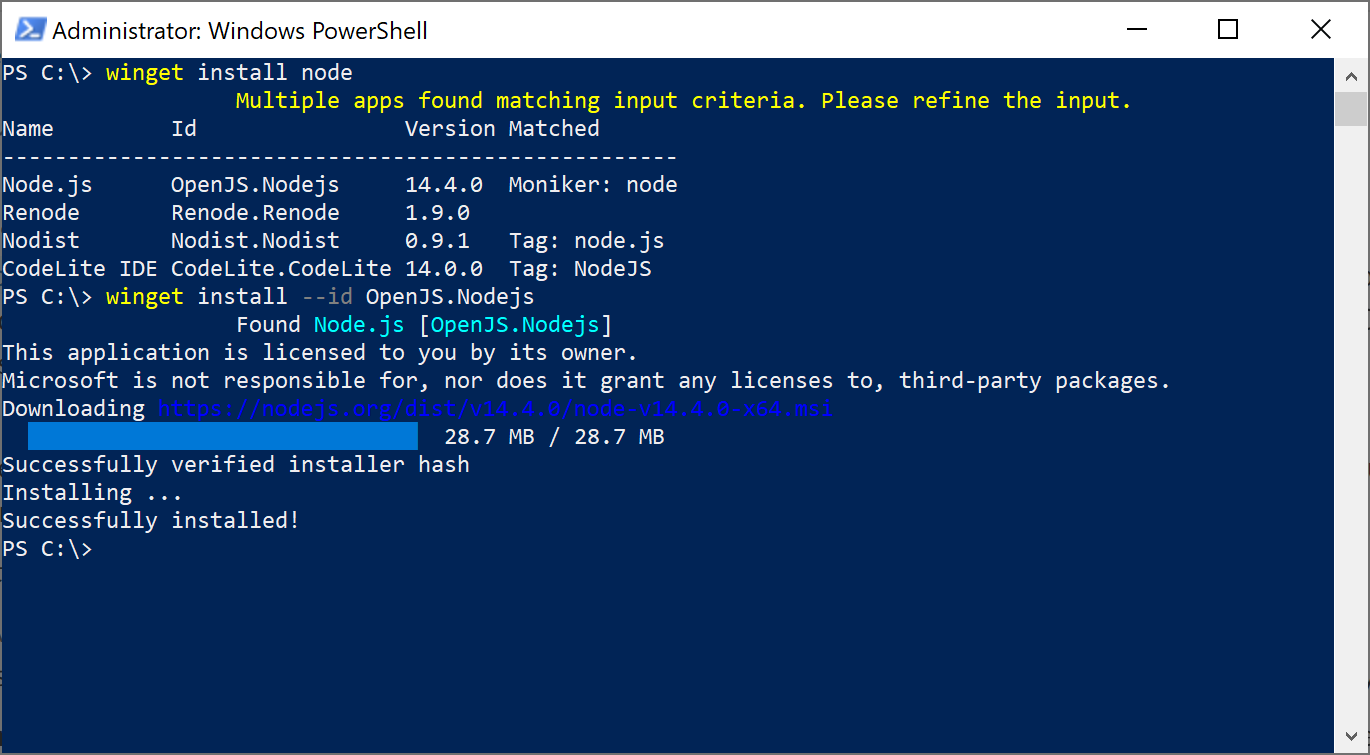