Yesterday, Apple announced iOS 14. They tout that iOS 14 looks brand new, but feels like home. If you’re a former Windows Mobile user, iOS 14 may look even more familiar to you.

That’s right. Apple iOS 14 will have widgets. But these widgets, from the limited preview on the Apple website, seem to resemble live tiles. Or, at least, that’s what Twitterverse is saying: 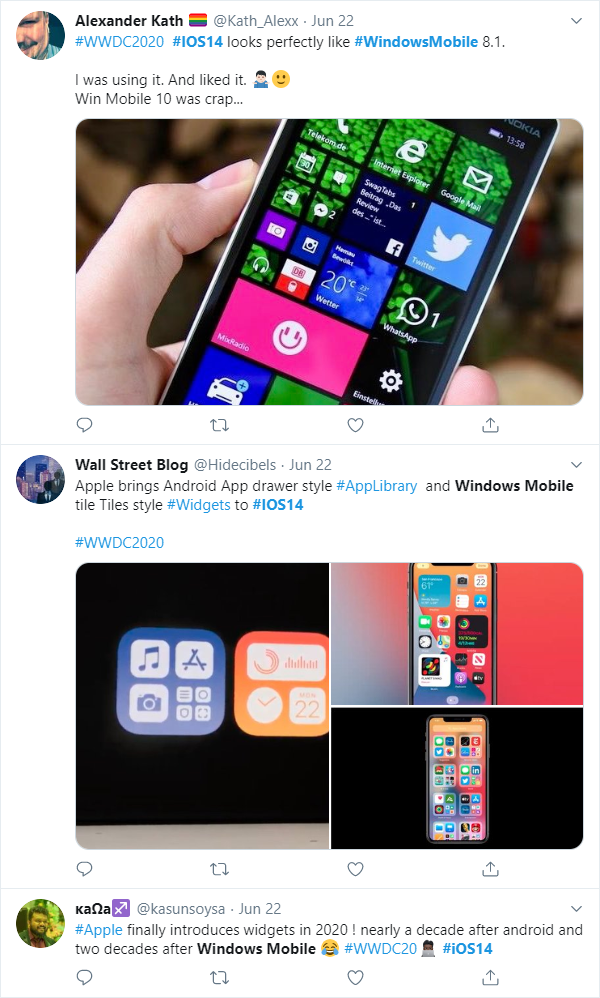 What do you think? Is this just Apple copying the best of Windows Mobile and something that Android has had for years? Or is this new and innovative? I was surprised to see that iOS 14 will be available for devices as old as the iPhone 6s and also for the 7th generation iPod Touch.

UPDATE: Cult of Mac is reporting that the new Home screen widgets lack interactivity with the exception of the Maps widget.