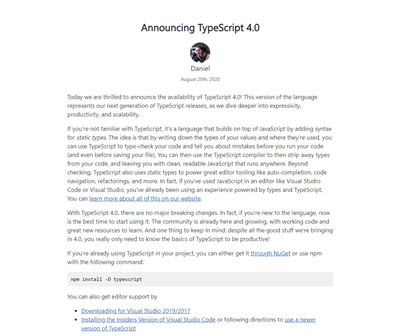 One of the big concerns with TypeScript 4 was if there would be major breaking changes. As of now, it does not appear there will be.

To get started, install by running the following: