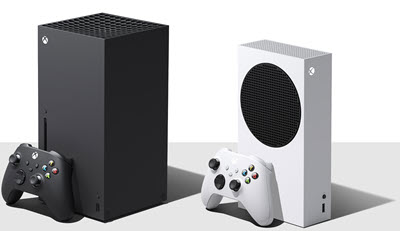 Xbox Series X features a 1 TB hard drive along with a disk slot at an MSRP of $499. Xbox Series S features a 512 GB hard drive and the smallest diskless chassis ever for an Xbox. The Series S has an MSRP of $299. Both also feature a slightly redesigned controller, 4K and 8K ready GPUs, 120 FPS, and a few exclusives such as Halo Infinite.