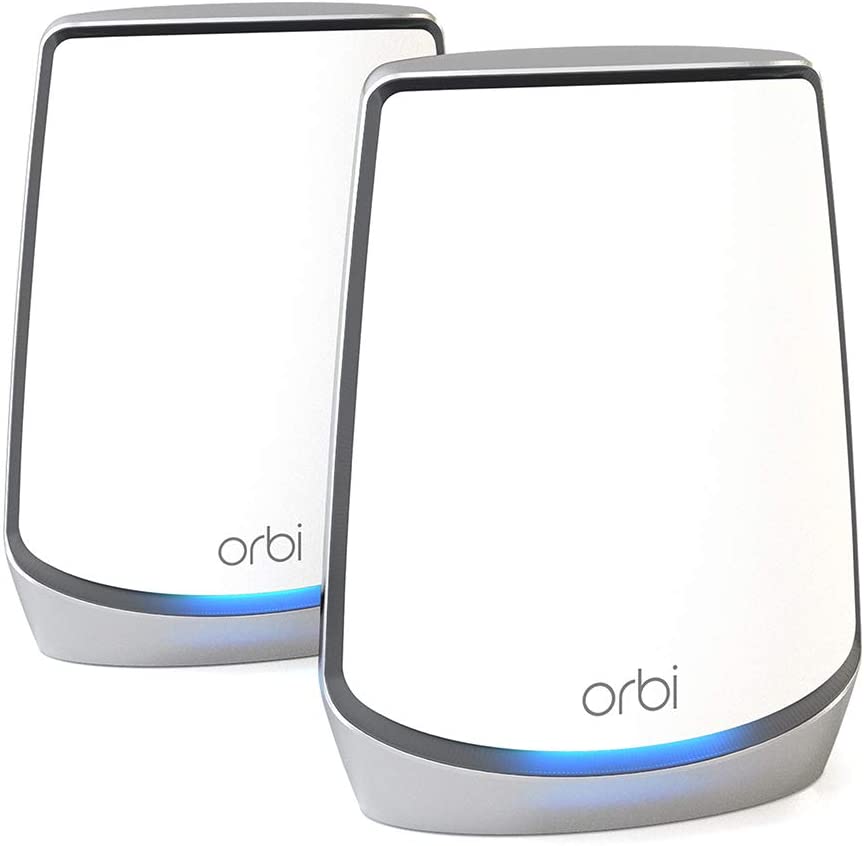 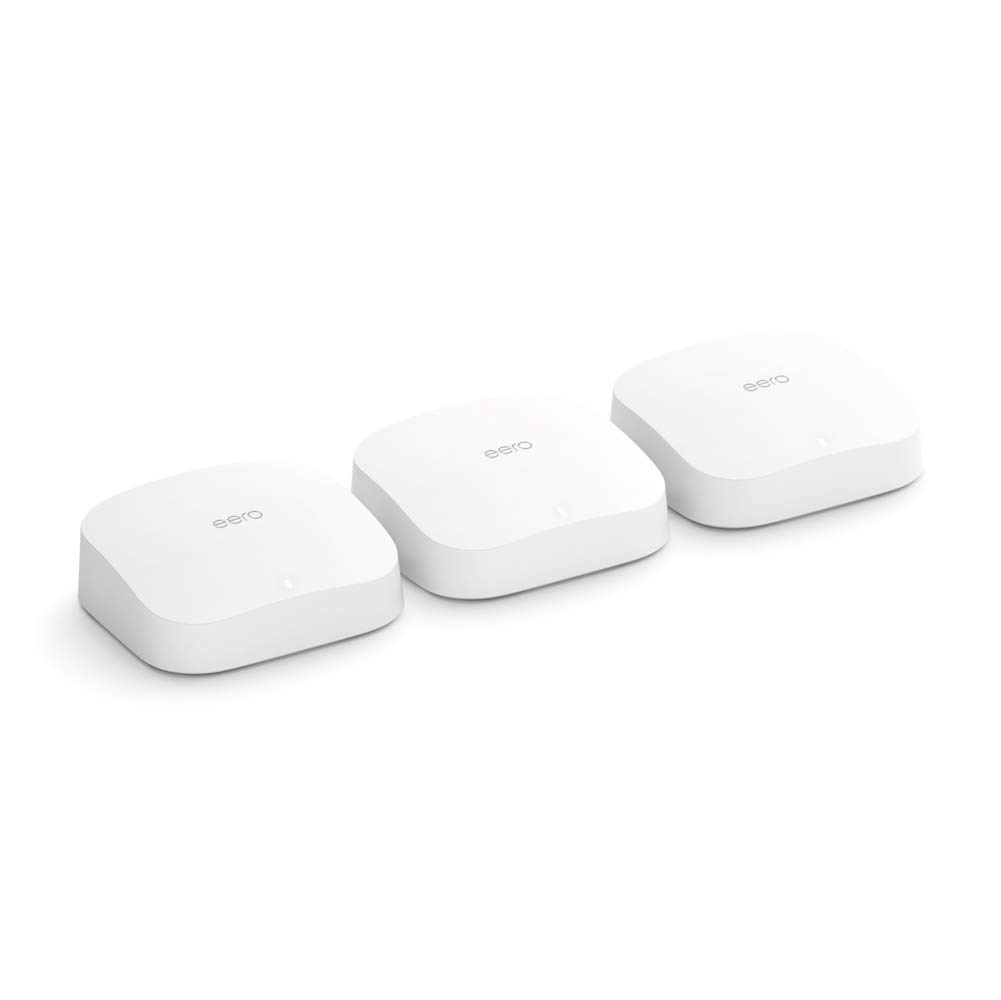 ABOVE: eero Pro 6 3-Pack also available as single and 2-pack

As for the features that the eero touts, I’m not so sure that I’m on board with what they offer. The eero is extremely easy to configure. However, it lacks in areas that I’d expect more. For instance, the general activity that it captures is great: 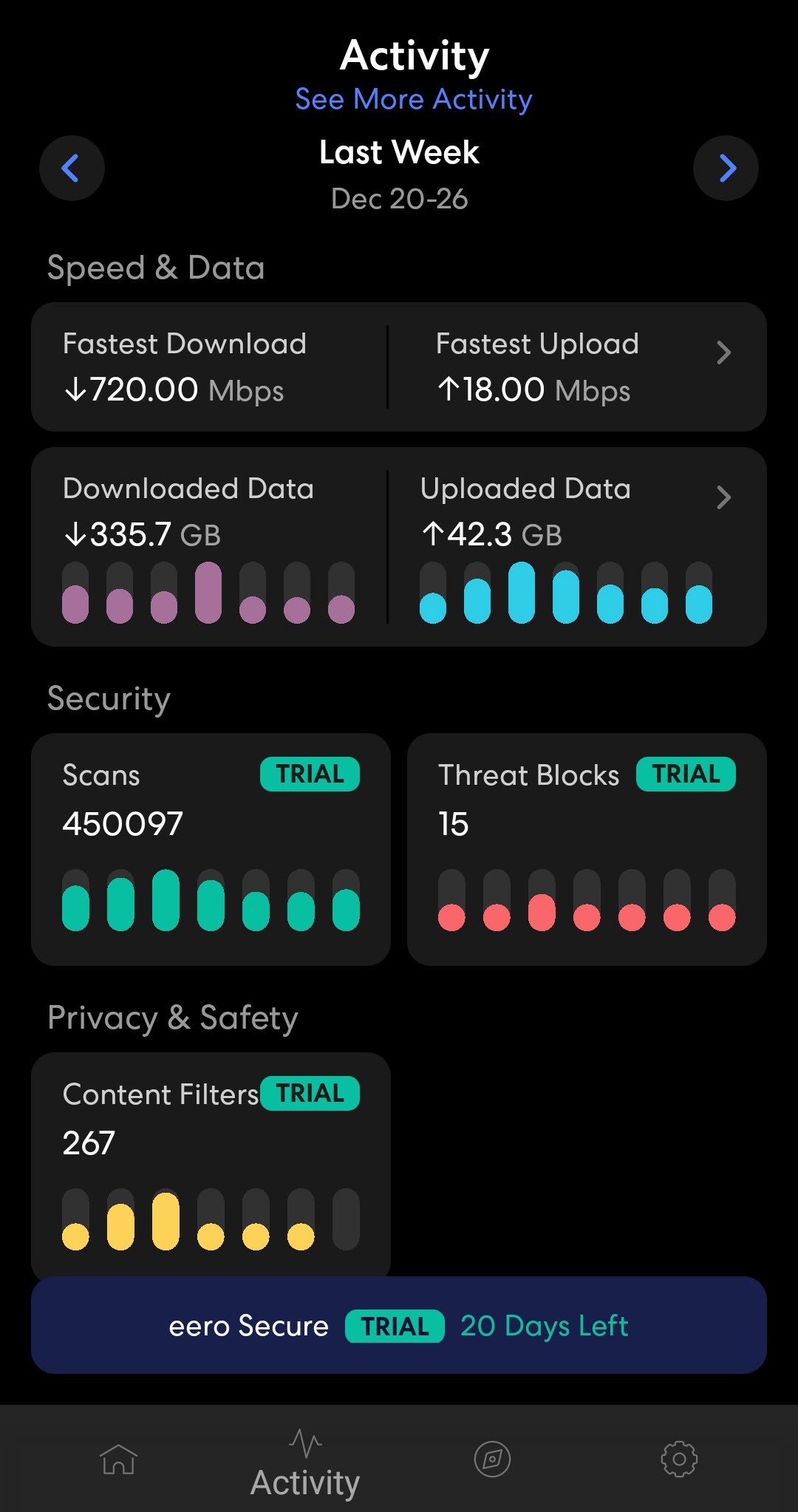 However, I cannot alter how often it checks the speed (it’s currently every other day at 10:10am ET) or dive into the eero Secure features. eero Secure is an additional $29/yr and I’m not so sure that it’s worth it. Sure I can see the number of scans, threat blocks, and content filtering that took place, but I can’t get the specific URL or time that it occurred. I also can’t prevent certain devices from being scanned. For example, I can dive into my son’s iPod and see that he had 267 items blocked last week, but cannot see beyond the category to determine if we need to have a talk or if I need to add a rule exception: 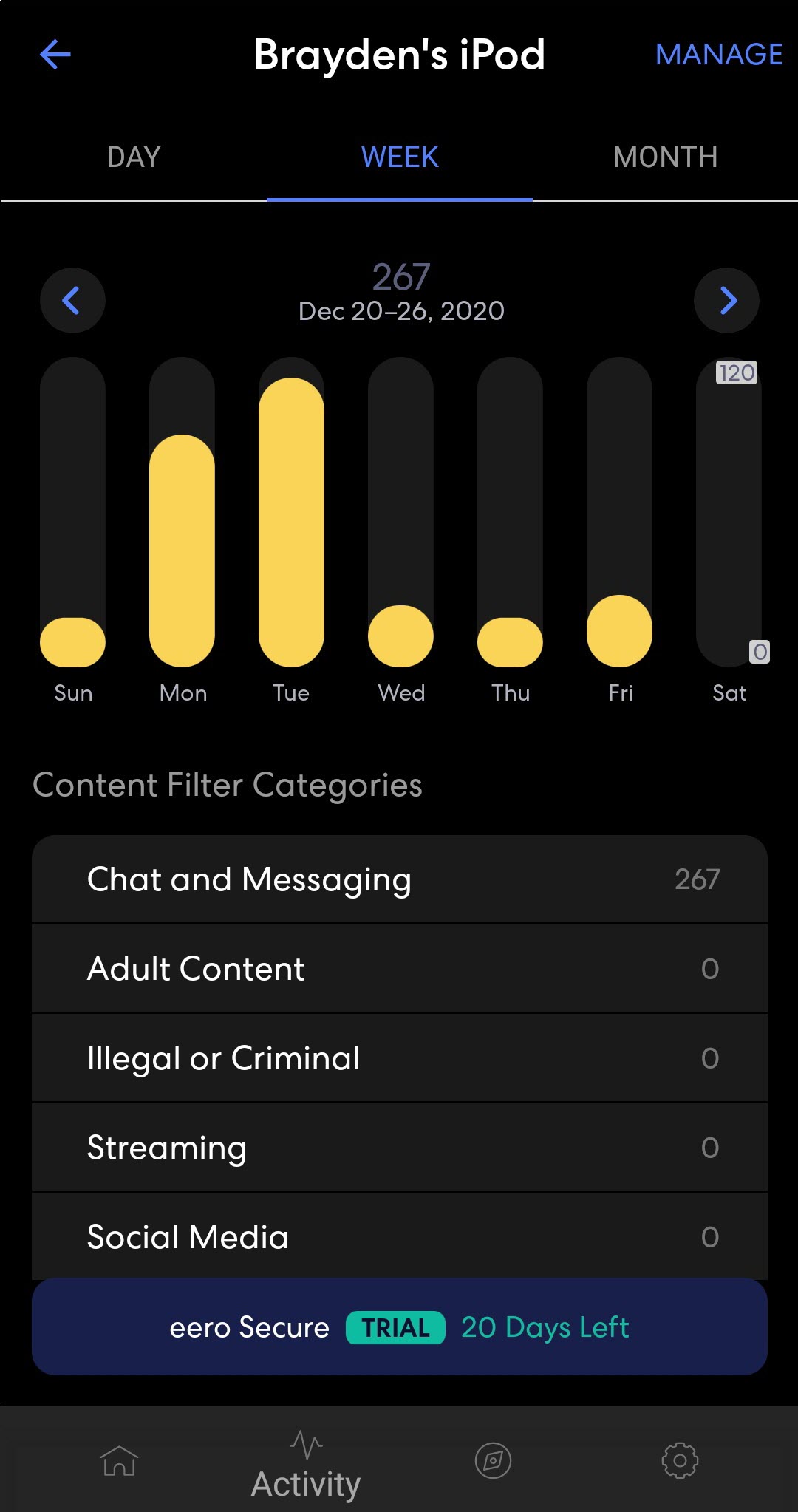 In addition, there are features such as the Zigbee hub and Alexa integration that I cannot seem to figure out. I’ve enabled eero through the Alexa app, but cannot turn it on through the Discover tab. For some reason it just toggles off. 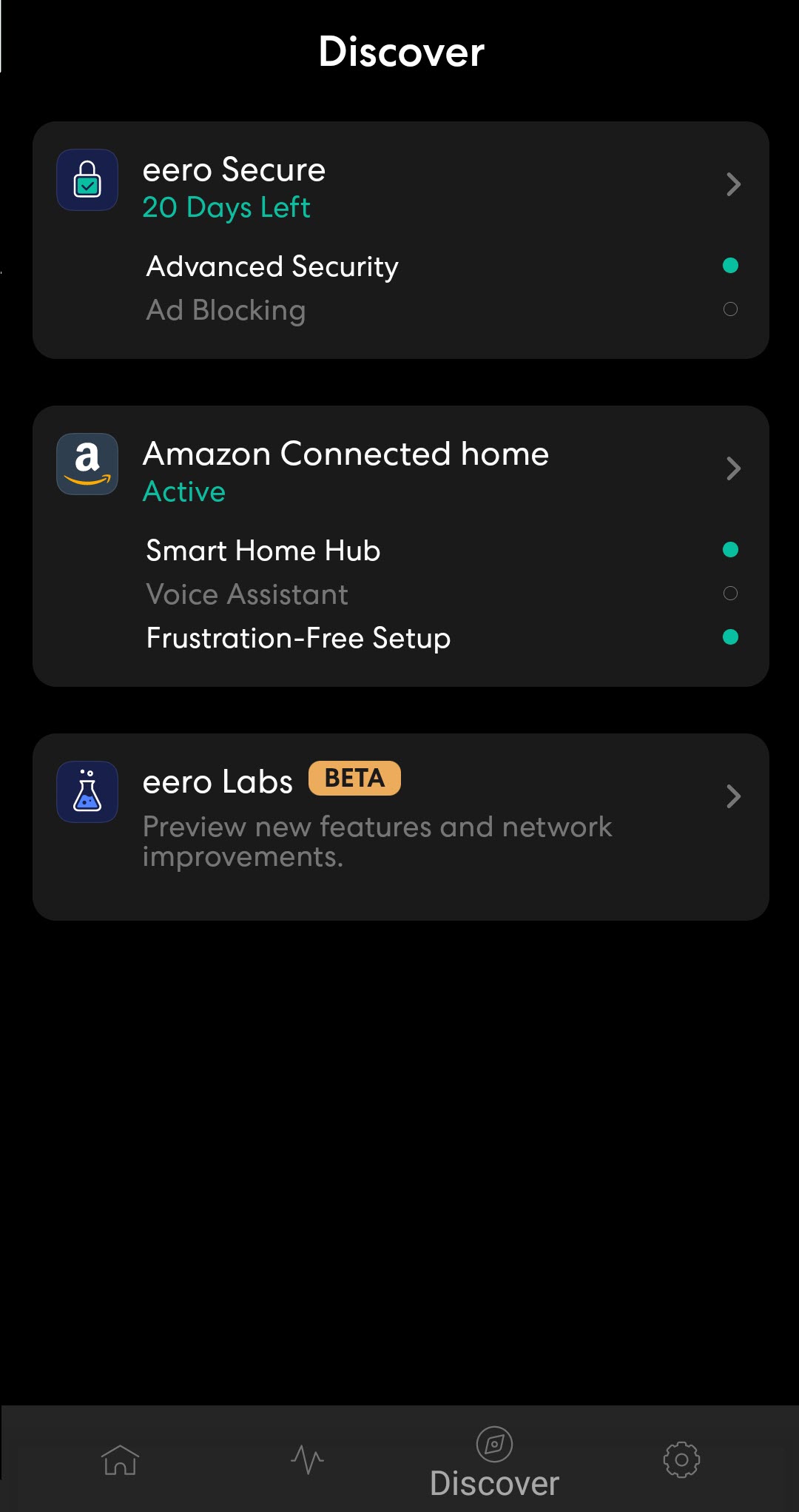 I’ve also ventured into the eero Labs and found that if I enable band steering, devices such as my Amazon Echo dots or Le stop working properly: 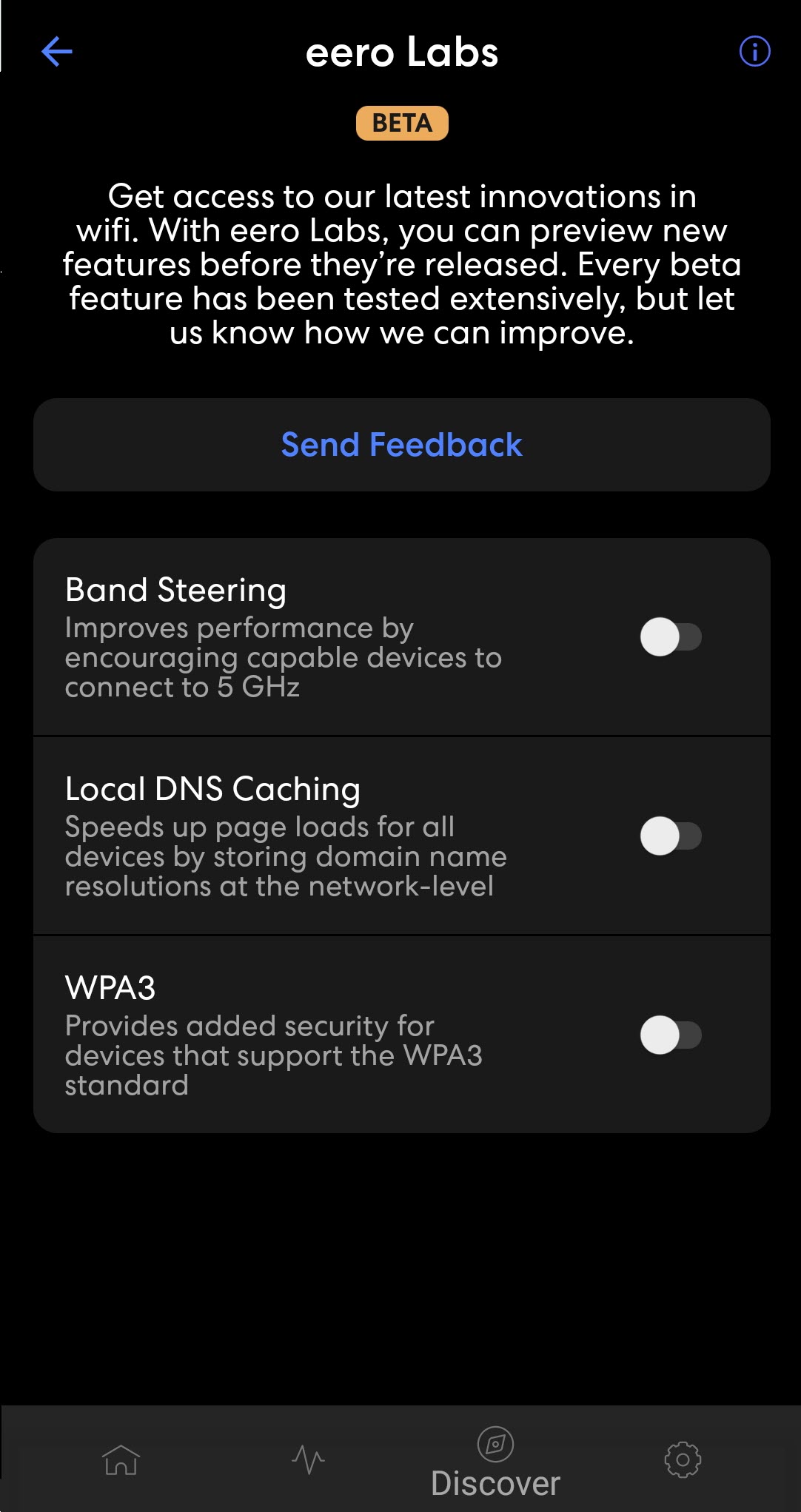 Recommend to a friend?

If you’re interested in the eero Pro 6 line, you can find it on Amazon or other retailers.

Interested in other products I have reviewed? Check out jasongaylord.com/tags/#review. I do not get paid for any product review that I do. Each review is an honest opinion of the product.