I’m sure like most families, everyone in my family likes their steaks done to a different temperature ranging from medium rare to shoe leather. We’ve used a variety of meat thermometers in the past including both wired and wireless models. A few years ago, when I started to really get into smoking meats, I started running into an issue with batteries dying in the probes or inaccuracies due to the moisture and smoke inside of the smoker. Back in December, I purchased the Meater Block, which includes 4 probes and an OLED display to allow some control without the app.

First, the Meater Block just has one of those cool “You’re a Grillmaster” vibes to it when you unbox… 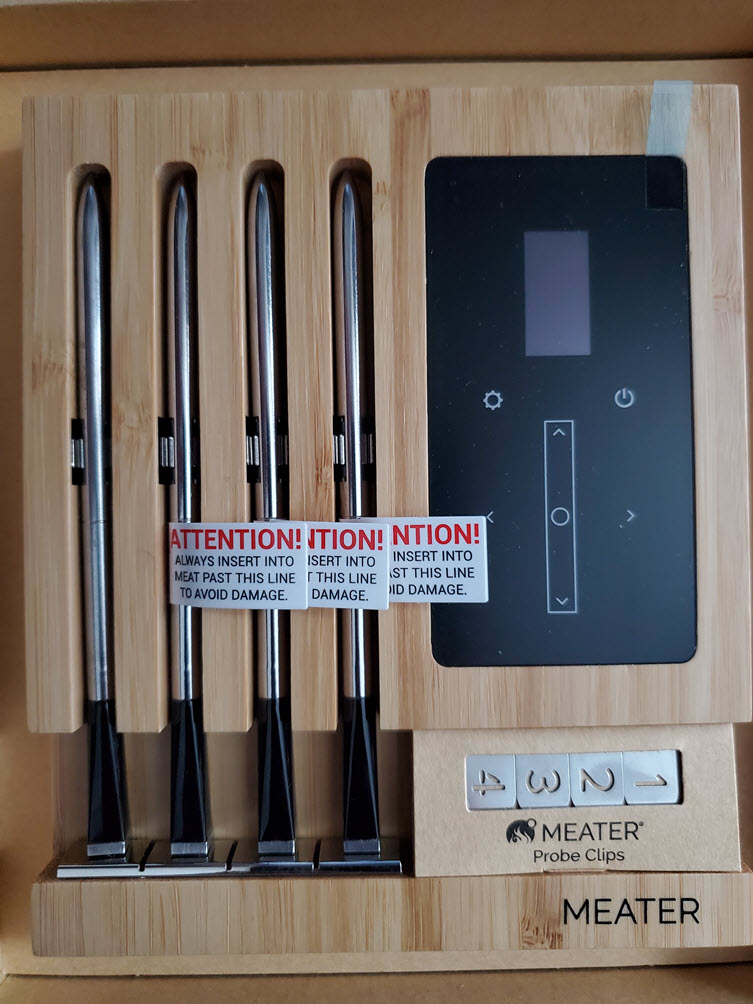 Second, the app is really, really, really easy to use. However, I’m still getting used to the recommended temperatures and how done the meat actually is. As you can see from the precision cooks I’ve had, two of the cooks were much lower and one was higher than the target. 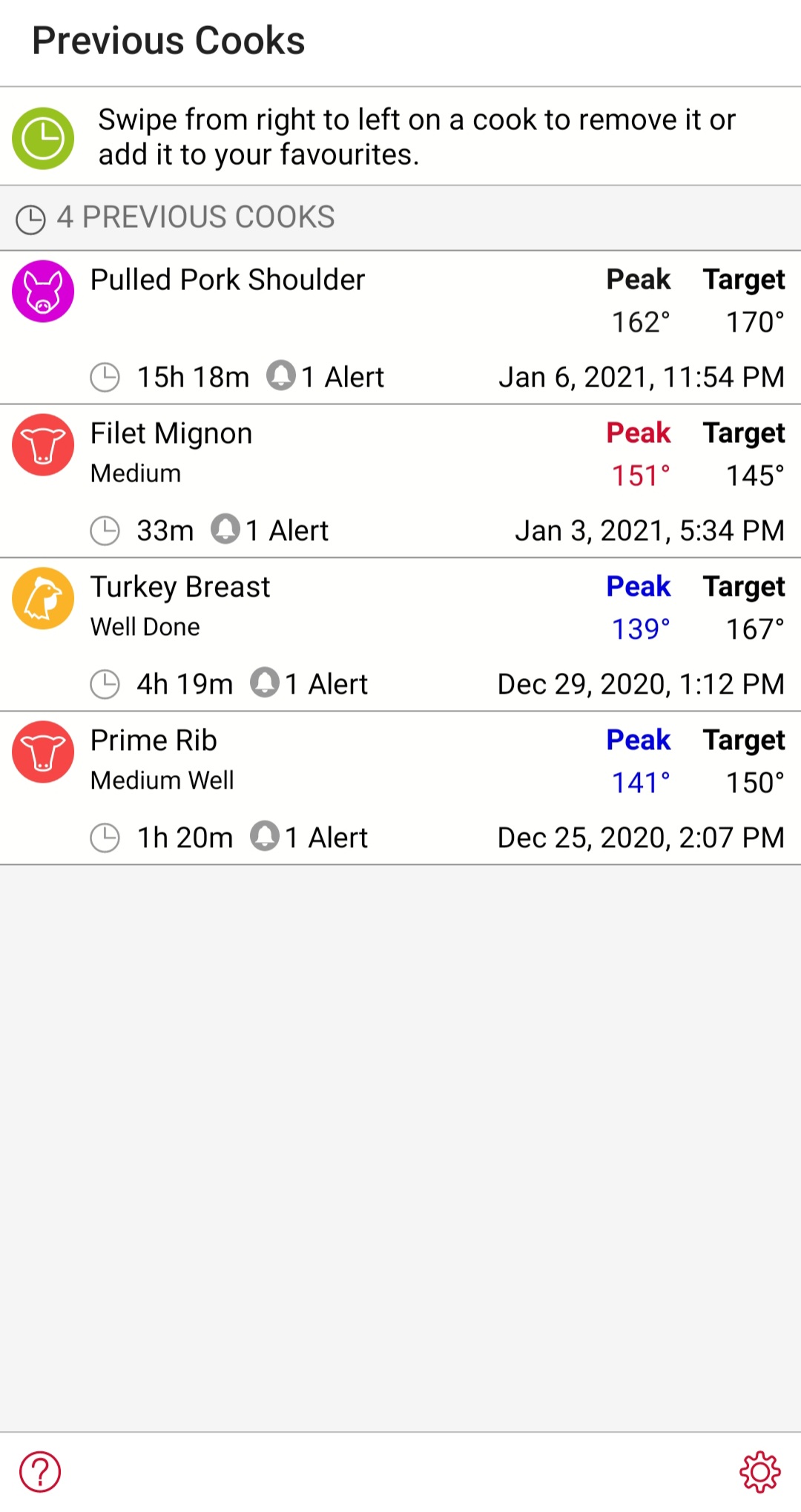 So, let’s start with the Prime Rib. The so-called Medium Well target is recommended by the US Food and Drug Administration (FDA) as the ideal temperature for any meat. Even at 141 degrees (Medium according to Meater), the Prime Rib came out more well, then medium. On the Turkey Breast, the target temperature was never reached. However, it was a 3lb turkey breast cooking at 225 degrees fahrenheit for over 4 hours. Usually the turkey would be done at around 3 hours for the same size and cut. As a result, it was a little drier than I like. The Filet Mignon came out perfect. The Meater stick stayed in while it rested. I probably could have taken it out 1-2 minutes earlier. The Pulled Pork Shoulder was also quite good, but usually is in for less time. Regardless, the temp at 12 hours to 15 hours only increased 2 degrees likely due to stalling. But, at 162, it was definitely cooked through and was still drier than usual.

Just because the temperatures read did not align with my expectations does not mean its not a great device. I’m hoping that I can eventually take a picture or two of the results and/or place a note on each of the cooks so I remember what the results were and could adjust from there. The future seems to be bright and I’ll definitely consider that in my score.

Recommend to a friend?

Meater has a few options for purchase. The original Meater can be found on Amazon for just $69 while the Meater Plus, which includes longer wireless range, is available for $99. The Meater Block which includes four probes and the display is sold for $269. 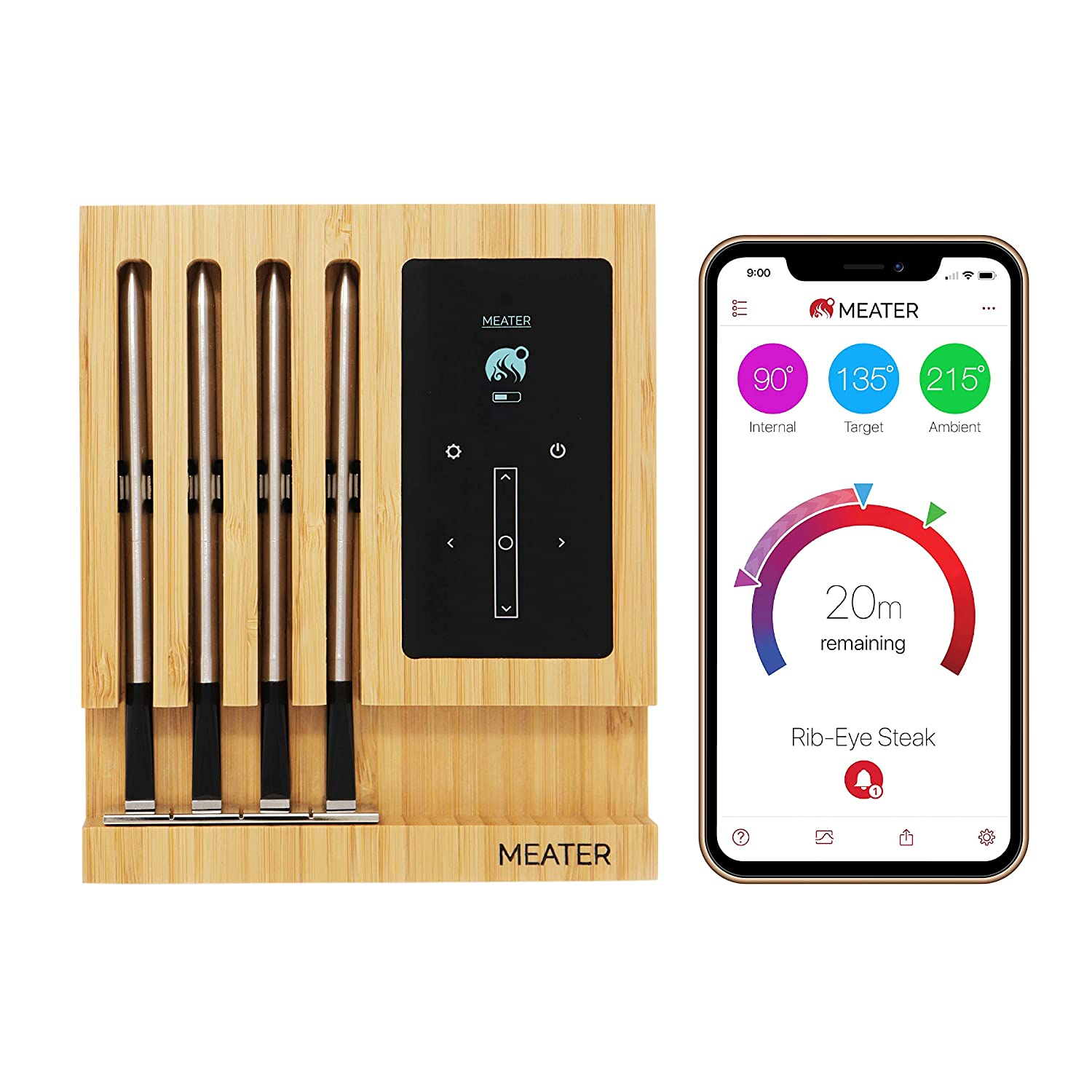 Interested in other products I have reviewed? Check out jasongaylord.com/tags/#review. I do not get paid for any product review that I do. Each review is an honest opinion of the product.