Last fall, I posted about Project Bicep. At the time it was a very early concept to replace standard ARM templates using JSON. Since the syntax is not JSON, the syntax is much easier to validate with Intellisense and simplifies the syntax.

You may not be sure where to get started with Bicep. You may have visited the Azure Portal, clicked on a resource, and then on Export template in the Automation section. However, the template is in the original JSON format and not Bicep. That’s ok. Let’s download one of our resources to get started using Bicep for Infrastructure as Code. By default, parameters will be included. We’ll be using the template.json file in the download. 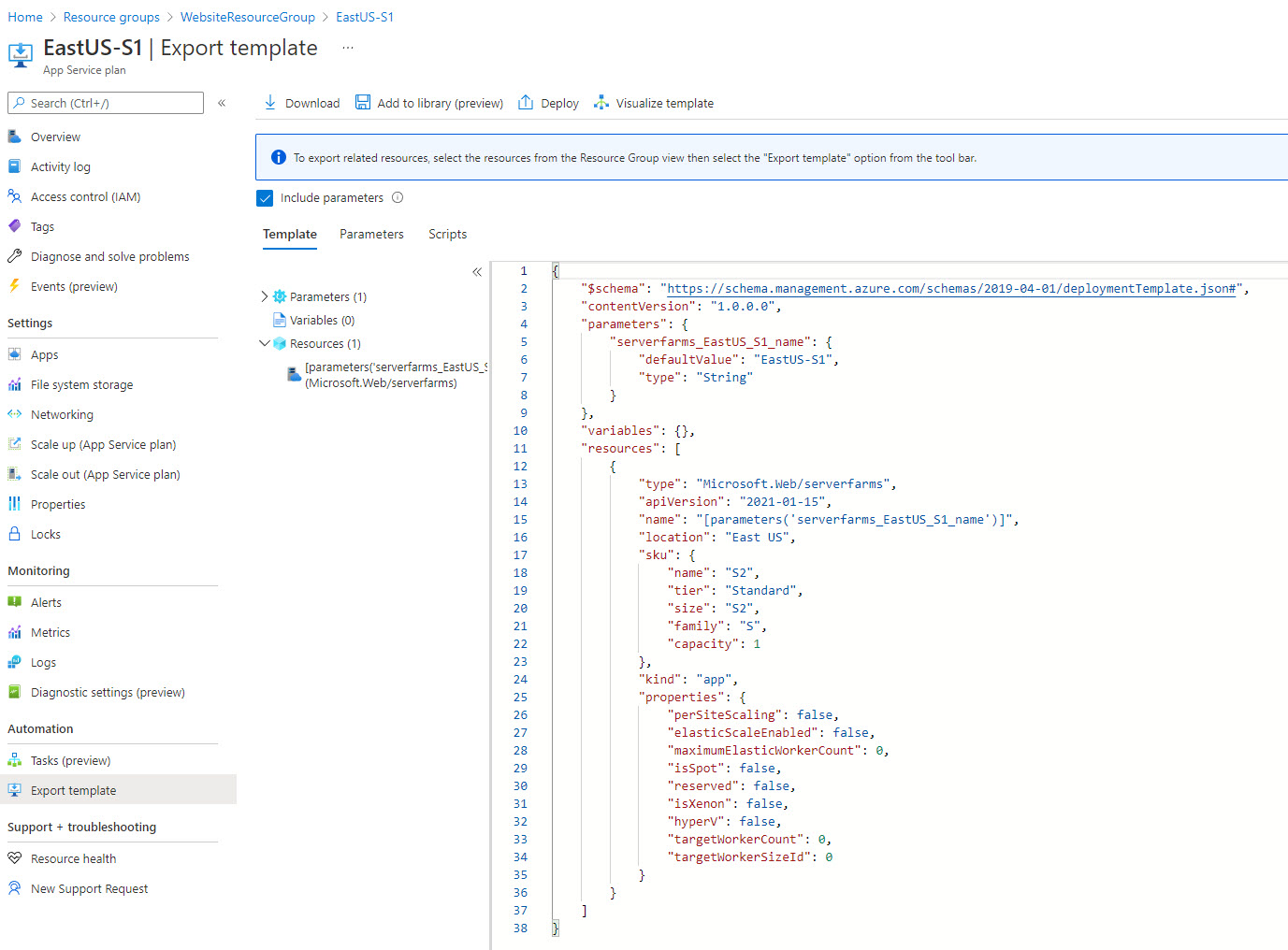 Copy the template.json file to a folder that you can easily navigate to in Powershell.

Once it’s successfully installed, you should receive the appropriate message:

It’s also good practice to upgrade bicep, which is updated out of band. You can do this by running:

Convert the ARM JSON to Bicep

The final step is to decompile the ARM JSON to Bicep. Luckily, the bicep CLI has a tool that, as advertised, is a “best-effort process” to decompile. To run this process, run the following command: 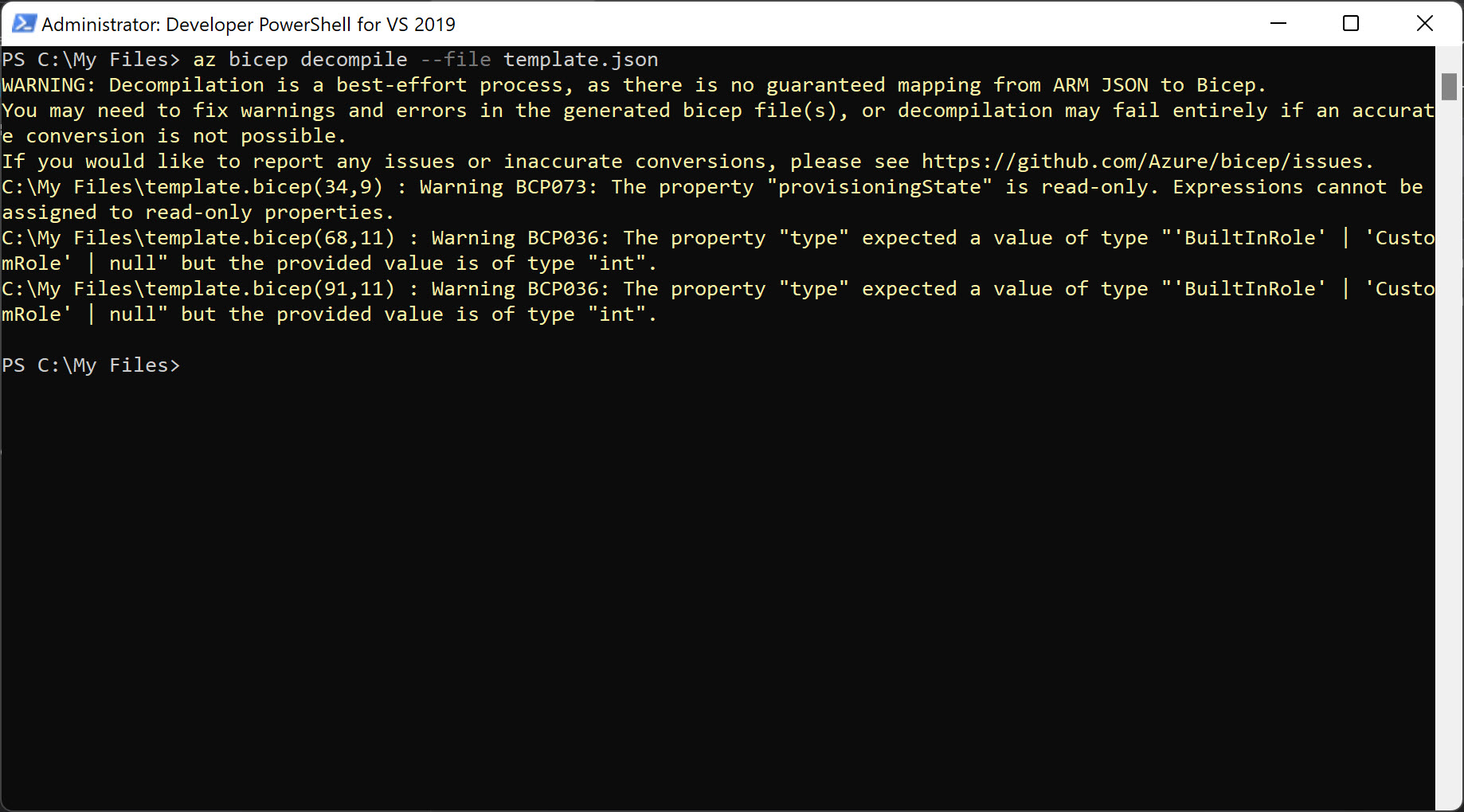 After you execute, as long as the ARM JSON was properly formatted, you should have a new file with the same root name as the ARM JSON file, but with a .bicep extension. As mentioned in my previous post about Bicep, one of the benefits is a simplified representation of the infrastructure as code. In my case, I was able to condense the file from 7.86 KB to 4.42 KB.

You can now use the new Bicep file to deploy your infrastructure. Be sure to follow @BicepLang and #BicepLang on Twitter.