During early builds of Visual Studio 2012, many developers griped and complained about the lack of color within the application. By the time VS2012 has RTM’d, two themes shipped with VS2012. There is a light theme and a dark theme. 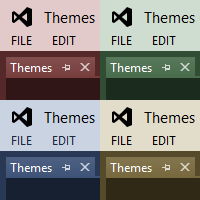 Special thanks to the team for developing this. Hopefully they include it out of the box in a future service pack or other application update.